Beetles come in all colors and sizes. Some are large, some are small. Some are pink, green, black, brown, and some are gray, multi-colored, blue, and red with black polka dots. Everywhere you look outdoors, there are beetles. Whether they are visible or not, they are there. The species is known for having poor vision because their ability to see shapes is limited. Scientists believe the vision is “fixed,” but with the limited evidence available, it is unclear what contributes to the insect’s poor eyesight.

The most commonly reported sightings in Kentucky include the longhorn, ground, and powder post beetles species.

Why Are Beetles Invading My Garage?

Beetles are what scientists have classified as an “overwintering pest.” The ladybug, for instance, is an overwintering beetle that enters a deep sleep-like state before or immediately after the onset of winter. The insects remain in the overwintering state for at 3-1/2 months or until the temperatures begin to stay in the 70s the following spring.

Overwintering pests, including the beetle species, do not favor winter weather. In fact, there is not much the insects will not do to avoid exposure to the winter elements, while in the overwintering state. If it takes a month of home infiltration attempts to successfully gain entrance into a residential establishment, the beetle will do it just to avoid overwintering in harsh weather.

Are Beetles Dangerous To Humans?

The beetle is not an aggressive insect by any means. In fact, young children are amused by the beetle. So much so, they will capture them to enhance their insect collection. Beetles have powerful mandibles that are utilized for nearly every aspect of survival. The mandibles are utilized to fight off predatory insects and animals, such as the armadillo, gecko, anteater, and star-nosed mole.

Beetle larvae are known to destruct wood structures, such as trees, lawn furniture, mailbox posts, and deck railing. The female deposits her eggs in cracks and crevices in the side of wooden structures. When the eggs hatch, the larvae will begin to tunnel and feed on the wood.

Some beetles are classified as “pantry pests.” These species feed on non-perishable food stored in the pantries of homes and businesses. Flour, spices, dried cereal, dog food, cookies, homemade candies, and other non-refrigerated food stored in vulnerable manufacturing packaging.

What Is The Most Effective Beetle Pest Control Strategy?

Some species of beetles colonize to avoid extinction. When you are dealing with a colony of beetles, the pest control strategy must be extremely powerful to have a successful ending. Our professional beetle management, we believe, is the most effective extermination strategy. We utilize high potency pesticides to wipe out small-, medium-, and large-sized beetle colonies in at little as two industrial-strength pesticide treatments.

Will DIY Pest Control Offer Any Relieve For A Beetle Infestation?

Probably not, since do-it-yourself pesticides are low potency formulas. The Environmental Protection Agency (EPA) restricts the number of chemicals in over-the-counter pesticides. To obtain industrial-strength pesticides, you must possess an operator certificate, which is only available through FDACS.

What Time Will The Exterminator Arrive At My Louisville Home On Appointment Day?

Our extermination team is professional, courteous, and prompt. If your appointment is set for 10 am Monday, the exterminator will notify you of his planned arrival time. In most cases, our exterminators arrive at customers’ homes 10 to 15 minutes prior to the appointment.

Chemical-based pesticide formulas do pose some risks to humans and the environment. Thanks to the EPA, exterminators nationwide can safely treat beetle-infested homes with little to no environmental exposure. To protect our clients and their families and pets, our pest control protocol does not permit our exterminators to treatment occupied residential or commercial establishments with chemical pesticides.

We believe it is. Not just because we are a licensed service provider, but because we genuinely believe professional beetle management is affordable. When consumers compare a large number of over-the-counter pesticide treatments to completely exterminate a beetle colony to our two-treatment process utilizing an industrial-strength pesticide, it is possible to save money.

Learn how you can save on professional pest control by contacting our Louisville location.

How Do I Prevent A Repeat Beetle Infiltration?

By taking advantage of our professional beetle management service. 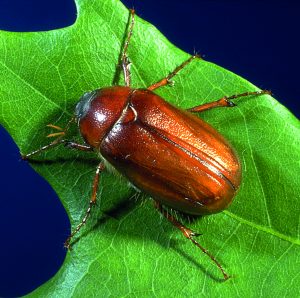